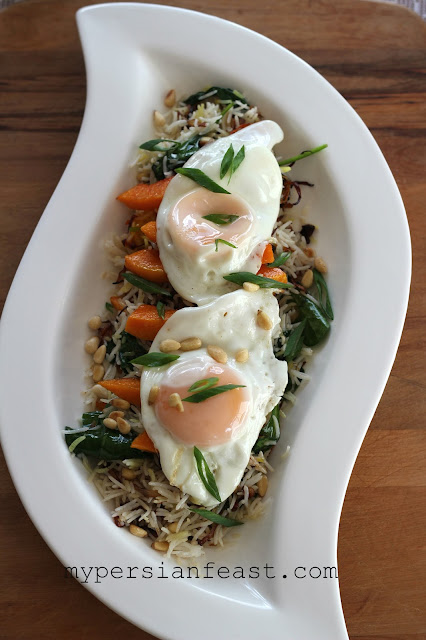 Butternut squash and cinnamon pilaf (کدو پلو) is simple and quick to prepare and has the reputation of being the poor man's meal.  Traditionally, rice is cooked with sauteed cubes of pumpkin, fried onions and a little cinnamon and turmeric. Sugar is added to caramelise the pumpkin for those with a sweet tooth and in our house, it is always served with eggs fried in plenty of butter.  Cinnamon and pumpkin work so magically well together that the end result is an uplifting, fresh and heavenly fragrant pilaf.

There are dishes we absolutely love and dishes we absolutely hate, but there are dishes which fall into the love and hate category.  This pilaf is surely on my list of love and hate foods.  The stories about this food are many and they usually involve how much a person hates it or loves it.  Even my mother who loves most foods, as a child wasn't a fan of this dish. She was told if she didn't eat it she had to stay home alone while the entire family went on holiday during summer.  Then there was me, a fussy child who ate bread and fruits if lunch and dinner were not up to my standards.  If I could not find anything else to eat I used to eat the eggs and pick out the pumpkin bits and push them to the side of the plate and made a pumpkin mountain with all the pumpkin pieces.


Our delicate palate changes and develops over years and I am glad my taste buds changed.  I put my new found love of pumpkin into good use and turned an old ancient simple pumpkin pilaf into a modern day dish with the addition of new ingredients. I left out the turmeric as it was overpowering the subtleness of pumpkin, and added pine nuts and wilted baby spinach for extra texture.  After tasting my new creation, I was overly satisfied to have created a new exciting dish inspired by a childhood dislike of pumpkin pilaf. 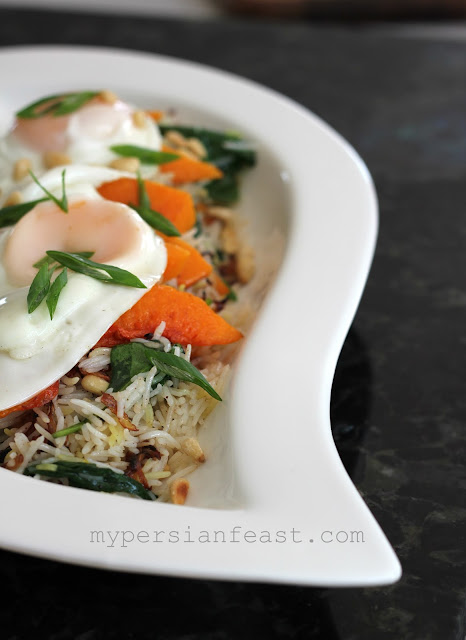 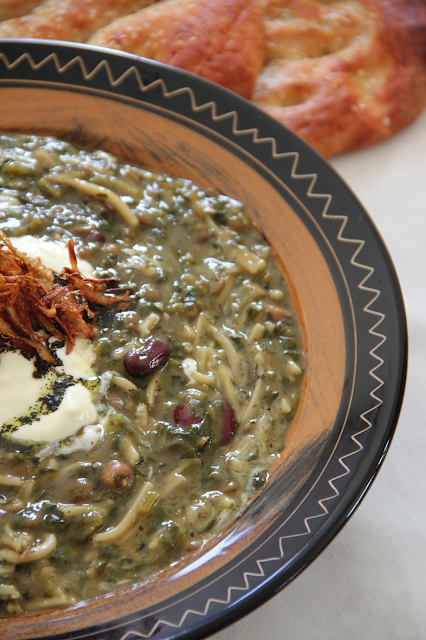 Every year, my dear Ammeh Paree (عمه جان پری, aunt) cooked our annual aash and most relatives, neighbours and friends dropped by to have some aash.  She spent days sourcing the best ingredients then spent an entire day cooking it and getting it ready by early evening.  Her aash was cooked in a giant pot with plenty of lamb shanks for extra richness and flavour.  This massive cooking operation was a summer event for the whole family with the purpose of not only uniting the family but to share food with the rest of the neighbourhood.

We could smell her aash from a distance as we walked towards her house and it was the aroma of utter perfection.  By early evening, absolutely everyone was welcomed to join the family to have a bowl of heavenly aash and for those who didn't live in the neighbourhood or were too shy to come, aash had to be delivered.  Aash was poured into bowls and garnished with Kashk and lots of crunchy fried onion and garlic slices waiting to be delivered.  Ammeh and Dade-Bajee made sure that the poor, the elderly and the sick received some nourishing aash and the rest was shared among the family.  Every time, we had a large family gathering involving plenty of food, some food was shared with neighbours and friends.  We constantly saw this act of sharing food with others and became the norm for us.

We were truly blessed and consider ourselves very lucky to have experienced such heart warming acts of kindness and generosity, and were surrounded by numerous kindhearted people.  Nowadays the forms of charity and generosity have changed but the concept remains the same.

The poor in your midst are My trust;
guard ye My trust,
and be not intent only on your own ease.


The word Aash (or Ash) has a Turkish origin and later, it evolved into Ashpaz (آشپز, cook) and Ashpazkhaneh (آشپز خانه, kitchen).  Aash-e Reshteh (آش رشته) or as my European friends call it "Persian noodle soup" is a hearty soup made with legumes, herbs and reshteh (dried noodles primarily made of water, flour and salt).  Reshteh is believed to resemble threads of life and a sign of good fortune. This aash is associated with special occasions such as New Year's meal, funerals, nazri (نذری, charitable deed of sharing food with the poor) and when embarking on a new path.  A bowl of aash is always garnished with fried onion slices and garlic flakes, dried mint and kashk (کشک, kashk is a thick whitish liquid similar to whey).  Aash reshteh is a stable food in every Persian household.  It thickens when reshteh is added and always tastes better the next day.  You can find reshteh in most Persian stores but some Asian style noodles such as; egg noodles is a good substitute (noodles must hold its shape after cooking).

Here is a recipe for you to try. 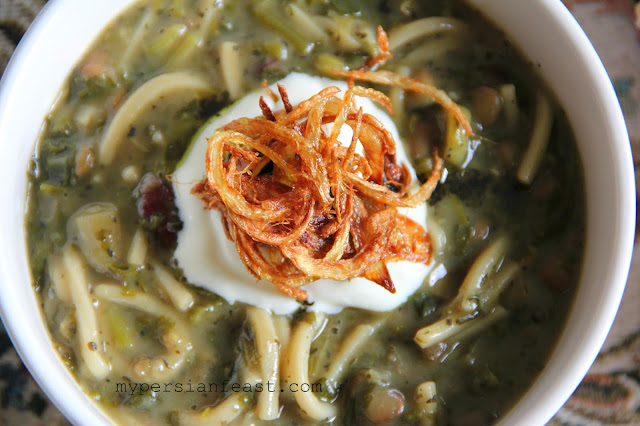 We leave you with a photo of Miss 4 who believes aash is the most amazing food ever created.  Miss 4 is able to pronounce the word aash with thick Persian accent and often declares "aash is the best".  Her demands for aash is a reminder of our happy days surrounded with plenty of love and sound of laughter eating ammeh Paree's aash around the giant pot and still knowing that no one else's aash is better than hers! 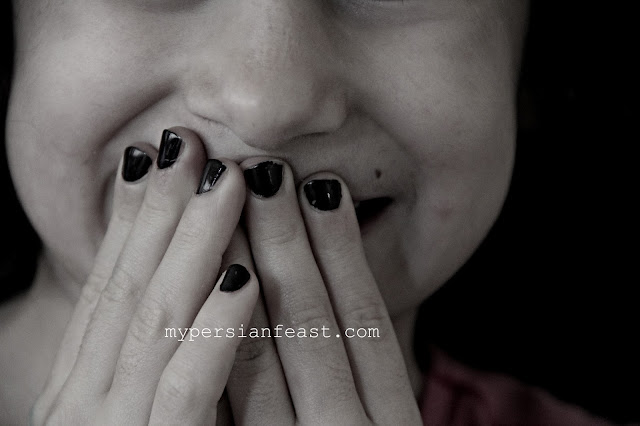