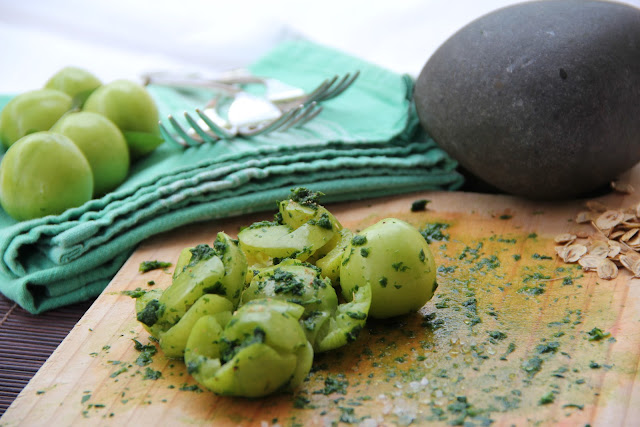 The tallest sour green  plum tree in the neighbourhood was none other than the one in the front yard of my aunt's house.  In my humble and childish mind, she lived in the busiest, longest and narrowest cul de sac in the world where cars cannot even pass through its bended corners.

One spring afternoon when the plums are just ready to pick, she would sit under her tree with a large wooden chopping board, a round smooth stone to fit the palm of her hand, a bunch of mint and a handful of salt. Then the front door is left open while she keeps grinding the mint with salt to make a paste eyeing the outside in case some one walked past.  As soon as she saw someone walked past she called out their name and invited them to come in to eat some plums.  She sent them away asking them to spread the word.  This continued until most of her neighbourhood had some. 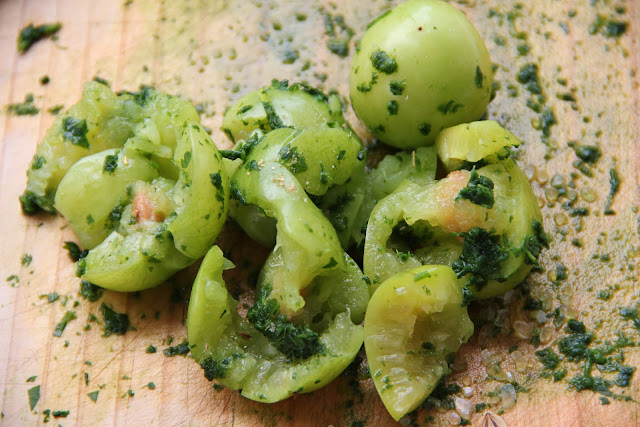